Pushing Through Towards the Edge of a Cliff

On Christmas Eve 2021, there were 385 active cases of Omicron amongst nursing home residents and staff in Australia.  At the time of writing one month later, that number has exploded to 19,059 active cases – a 4850% increase.  With this explosion has come death.  Since Omicron arrived, 250 of our elderly Australians in nursing homes have died earlier than they should have and without their families (compared to 192 pre-Omicron in 2021).  With Omicron now entrenched in the community in Western Australia, we can expect this trend to be replicated in our own nursing homes.  Mark’s closed border has bought us some time, but only time, and not very much of it.

At stake, of course, are the lives of our nursing home residents. Some like to argue that these people “will die anyway”.  These are the Western Australians who built this State.  Our parents and grandparents.  That argument is abhorrent.

At stake also is the political future of the State government.  Whilst it may like to assert that aged care is a “federal issue”, the unavoidable reality for the State government is that the WA aged care sector is deeply enmeshed part of the state health ecosystem.  If the WA aged care sector buckles then the fall-back will be the already stretched WA hospital system as elderly people are admitted to hospital. The Stage government then finds itself funding ‘aged care’ and preventable deaths in the community increase as those people are unable to access hospital beds.  None of this is rocket science and all of it will be examined with 20/20 hindsight in due course.

The aged care providers I speak to on a daily basis are overwhelmingly worried about the same things:  access to boosters, access to PPE and RAT tests and how they are going to keep enough staff at the coal face to ensure they can look after their residents.  They have been planning for this for two years but Omicron has thrown out most of the rule book.  There are many unknowns.

There are still a multitude of homes across the state who have not been visited by a federal government booster vaccination team (despite the rhetoric).  Stephanie Buckland, CEO of Amana Living, remains worried about access to boosters, “As at 24 January 2022, 5 of our 13 nursing homes do not have a Commonwealth booster clinic scheduled until after 31 January 2022.  We are looking at alternative arrangements but we are increasingly worried about our residents’ vulnerability now that we know that Omicron is in the community”

As Omicron takes hold in a nursing home, we can expect that up to 50% of aged care staff will be furloughed, leaving the care of residents in the hands of a weary few.  As I’ve previously written, the sector is already experiencing a workforce crisis and the “surge workforce” lauded by the federal government is largely illusory.  Further, there is still no fit for purpose guidance from the State government on what the protocols will be for determining close contacts and return to work requirements in an Omicron environment.  This is despite guidance for furloughing of essential workers being issued by the Commonwealth Chief Medical Officer (and followed by most states and territories).

Of great concern is the current government policy to prevent providers from accessing PPE and RAT stockpiles until after there has been an outbreak.  Whilst these can be procured on the private market, the lead times have blown out as the federal and state governments prioritise their own orders with the same suppliers.

Russell Bricknell, CEO of Baptistcare, is keenly focused on what lies ahead, “We must learn from what has happened over east.  We know that pre-Omicron public health guidelines are not fit-for purpose in an aged care context. The eastern states have had to learn this on the run.  There is still an opportunity for the Western Australian government to deliver very clear and targeted public health guidelines for residential aged care”.  “But,” he says “collaboration and consultation with the aged care sector are crucial”.

The decision to keep the WA borders closed has extended the opportunity for the State government to get in front of Omicron and protect our elderly nursing home residents.  It is my fervent hope that this extra time is not squandered.    Stephanie Buckland, sums it up succinctly, “a good offence is the best defence, we need the state and federal governments to engage with us so that we can give our elderly residents the best chance”.  After all, Omicron is coming. 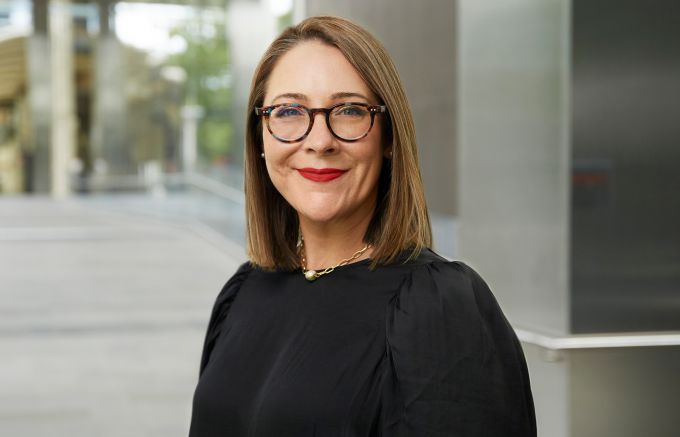