YOU MIGHT ALSO BE INTERESTED IN:
Battle of the Wills - Legally Drafted Wills vs DIY Will Kits
Defamation 101 – What You Need to Know
Time to Pay Up: Retail Shops Leases and the Obligation to Provide Estimates of Operating Expenses
The Force Awakens: The Power Of The Subpoena That Can Withstand Objection
View all Litigation & Dispute Resolution Updates

There are many constraints and limitations on litigation as a form of dispute resolution. It is an expensive and lengthy process, often with little certainty.

Instead, achievement by consensus has always been, and remains, by far, the most common and successful means of resolving disputes. It is not surprising then that over the last few years the legal profession has seen the development and use of bespoke methods for resolving disputes.

These modern options are flexible, allow the parties to achieve quicker and cheaper commercial outcomes, often preserve the relationship between the disputing parties, and parties are generally more willing to continue to perform their contractual obligations without the distraction of the protracted and adversarial nature of litigation.

Lavan was delighted to host the former Chief Justice of the Supreme Court of Western Australia, the Hon. Wayne Martin AC QC, on 21 October 2021 to speak on this topic and the changing face of dispute resolution in COVID times.

For those who are presently involved in formal disputes or looking to negotiate a contract, this publication draws on the views recently shared by the Hon. Wayne Martin AC QC and our views on some of the ways in which you might avoid, or better resolve, disputes facing your organisation.

The traditional forums for dispute resolution are arbitration or litigation. It is commonly accepted that both forums are time consuming and costly processes, particularly when compared to the innovative and modern options which are emerging.

There are two key differences between these traditional forums. First, arbitration will generally be confidential, whilst litigation before domestic courts is a matter of public record. Second, decisions in arbitration are generally final and binding and there are only limited rights of appeal, whilst judgments in litigation may be subject to appeal.

There are an increasing number of innovative options for parties to resolve disputes.

Mediation is a structured and interactive negotiation process in which an independent third party, known as a mediator, assists the parties to identify and assess options and solutions to resolve a dispute. In Western Australia, all matters which are litigated before the courts will be referred to mediation before a court-appointed mediator at least once before the proceedings are listed for trial.

Mediation is confidential and is usually conducted on a without prejudice basis, meaning that any admissions or concessions made in the course of furthering negotiations to settle a dispute are inadmissible as evidence if the mediation is unsuccessful and proceedings are issued.

Private mediation is increasingly popular where a formal dispute has arisen and even where litigation is already on foot. Parties to a dispute, or a potential dispute, can agree the identity of the mediator to be appointed. Given that this type of mediation occurs outside of the court process, the parties can also determine other key factors such as the geographical location of the mediation, the means of attendance (virtual, in-person or otherwise) and the most appropriate stage at which mediation should occur. Private mediation can be particularly effective if it takes place at the early stages of a dispute and before significant costs have been incurred and the parties have become entrenched in their respective legal positions.

Private mediation is a process that parties might also explore where the dispute resolution mechanism provided by a contract is unnecessarily cumbersome or costly. Parties can look to explore, and agree where possible, a private mediation on terms that better meet their needs.

Obtaining an independent opinion from Senior Counsel (or another qualified expert)

By this process, the parties can agree to obtain an independent opinion of Senior Counsel or another relevantly qualified independent expert on the key issues which are the subject of the dispute. The opinion is generally provided in response to a set of pre-agreed questions and the provision of background materials that are prepared in collaboration between the parties, thereby avoiding the need for competing submissions or evidence. The opinion can then be used to facilitate future commercial negotiations between the parties, or if it is agreed in advance, then the opinion can be final and binding.

This can be a helpful negotiation tool, but special attention needs to be given when preparing the questions to be put to the expert and any rules that apply to their consideration of the background materials.

Another increasingly popular option is for parties to present competing materials including submissions and evidence to an independent expert who is tasked with assessing the relative strengths and weaknesses of the parties’ respective cases. That expert proceeds to make a determination on the issues. The parties can agree in advance if that determination is to be binding or non-binding. In our experience, agreements for non-binding expert determination can often prove futile; the party most aggrieved with the determination is likely to attempt to escalate the dispute to litigation or arbitration.

The last twenty-four months has seen the rise of disputes boards in Australia. They have already been a key part of large-scale and complex engineering and resources projects in Europe and North America for many years. It involves the contracting parties establishing an independent committee generally comprised of three members: one chosen by each party to the contract and a third chosen by the two other nominees. Disputes boards are charged with dealing with problems on a project as they arise and before the underlying issue disrupts the project significantly. The committee may hold informal hearings and produce non-binding recommendations. The committee can also have an adjudicative function that is more formal and allows them to make binding decisions.

Parties are not confined to using the traditional methods of litigation or arbitration to resolve their disputes. It is open for parties to agree to use more innovative dispute resolution options. It is important that contracting parties turn their minds to all available options during the contractual negotiation phase of projects, or when it appears that a dispute is pending. If you would like to discuss the status of your current dispute or any of these dispute resolution options, please contact Iain Freeman, Cinzia Donald or Millie Richmond-Scott. 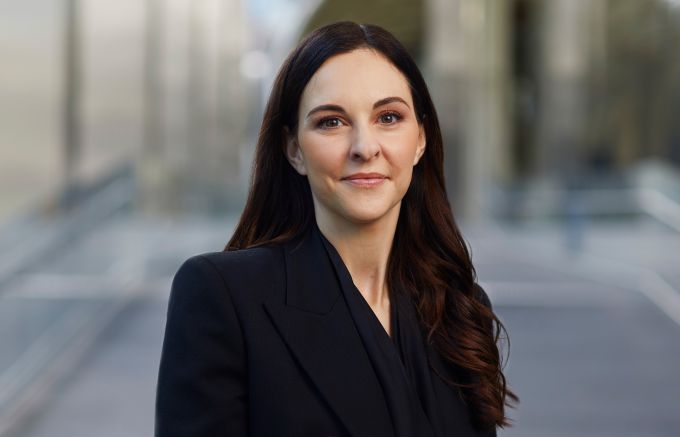 AUTHOR
Millie Richmond-Scott
Special Counsel
YOU MIGHT ALSO BE INTERESTED IN:
Battle of the Wills - Legally Drafted Wills vs DIY Will Kits
Defamation 101 – What You Need to Know
Time to Pay Up: Retail Shops Leases and the Obligation to Provide Estimates of Operating Expenses
The Force Awakens: The Power Of The Subpoena That Can Withstand Objection
View all Litigation & Dispute Resolution Updates