For a long time it had been commonly assumed that a construction contractor who terminates a construction contract for a principal’s repudiation may elect to pursue (as an alternative to any contractual or damages claim) a restitutionary claim for “quantum meruit” for the value of works performed up to the date of termination.  In practice, contractors often mounted costs-based claims for values which substantially exceeded what would have been payable under the contract itself (or available via damages).

On 9 October 2019, the High Court of Australia handed down the decision of Mann and Anor v Paterson Constructions Pty Ltd [2019] HCA 32.  The decision undoubtedly impacts the extent to which a contractor who terminates for a principal’s repudiation can now pursue a claim for quantum meruit.  What is less clear is the extent to which the principles laid down in the decision are of general application, particularly in the context of commercial construction contracts.

Furthermore, the Court in Mann was careful to point out that it was not seeking to lay down general principles that would be applicable in every case involving a claim for a quantum meruit.  See Nettle, Gordon and Edelman JJ [150], Kiefel CJ, Bell and Keane JJ [53].  Mann does not change the law as to a restitutionary entitlement to recover for work not the subject of an accrued right under a contract.

At least in the case of construction contract that has a “payment by stage” progress payment regime (where the contractor earns portions of the contract price as certain stages are progressively completed), Mann has the effect of:

On the first point, however, there are hints in the Court’s reasoning, that the same limitations might not necessarily apply to construction contracts which have a payment “on account” progress payment regime (where the contractor is entitled to progress payments on an interim “on account” basis, subject to revaluation at any time).

For this reason, Mann is a case to be approached with some caution, particularly by contractors and principals working in the field of commercial construction.  It is expected that aggrieved contractors will still attempt to mount quantum meruit claims, at least until further clarification is provided by the courts as to when such claims will be available.

The Manns entered into a contract with Paterson Constructions Pty Ltd (Paterson) for the construction of 2 town house units on the land owned by the Manns in Blackburn, Victoria. The contract entered into was a major domestic building contract under the Domestic Building Contracts Act 1995 (Vic) (Act) and was for a fixed sum of $971,000.00 (Contract).

The Contract made provision for staged payments to be made as the works progressed.

Following the completion of the first unit, the parties fell into dispute in relation to the amount which Paterson claimed was owed to them by way of the numerous variations (in excess of $48,000) made by the Manns.  Before the construction of the second unit, the Manns purported to terminate the Contract on the basis that Paterson had repudiated the Contract for various reasons.

Leaving aside the operation of the Act in Victoria which is not of direct relevance in Western Australia, in this case there were two key issues which the Court had to consider:

What the court found

On the first issue identified above, the High Court found that Paterson, as a contractor terminating a “payment by stage” construction contract, was not entitled to claim, at large, a quantum meruit for work done up to the date of termination.  See Nettle, Gordon and Edelman JJ [164], [165]; Gageler J [63].

In summary, the rationale behind the Court’s approach on this issue was as follows:

This rationale begs the question of how a construction contract which makes provision for payments “on account” is to be approached (eg cl42.1 of AS2124).  In such a case, there is less force in the proposition that there are fully accrued contractual entitlements rights to payment that “cover the field” to the exclusion of a restitutionary quantum meruit.  This is because the contractor’s entitlements to progress payments are tentative and provisional and it is not clear that the contractor has fully and finally “earned” the payment.  Indeed, in the judgment of Kiefel CJ, Bell and Keane JJ, their Honours pointedly noted that the contract before them contained nothing “to suggest that [the progress] payments were only provisional, and subject to a final taking of accounts”.  In those circumstances, the contractor’s obligations are “severable rather than entire” (at [26]).

Mann appears to leave room for a contractor to pitch the argument that a quantum meruit remains available in such a contract.

On the other hand, even in a payment “on account” construction contract, one can readily foresee courts still applying the Mann approach, on the basis that the contractual progress payment scheme leaves no room for a quantum meruit claim, and that it remains appropriate to respect the parties’ contractual bargain in that context – even if the contractor’s earned entitlements before termination were merely provisional.  Notably in that regard, the courts have previously recognised that an obligation of a principal to pay on a progress certificate under an Australian Standards construction contract is capable of surviving termination:  Aquatec-Maxcon Pty Ltd v Minson Nacap Pty Ltd [2004] VSCA 18, at [45].

It is unfortunate that Mann did not concern a payment “on account” contract, as such contracts are far more prevalent in the field of commercial construction; the contract in Mann is comparatively rare in terms of payment mechanisms.

Further court decisions will be needed to settle the issue once and for all.

Issue 2: contract as a limit on value of quantum meruit

On the second issue identified above, the High Court found that in quantifying the value of that quantum meruit, the contract price relevant to the work performed would generally cap the value of the contractor’s (ie Paterson’s) entitlements.  See Nettle, Gordon and Edelman JJ [215]; Gageler [91], [101]-[102], [105].  Gageler J treated this principle as a fixed rule; whereas Nettle, Gordon and Edelman JJ considered it as a general rule or presumption subject to displacement in an appropriate case.

Consistent with the rationale identified above on the first issue, the Court was again giving full recognition to the contractual bargain, reflecting an agreed allocation of risk between them.

In this regard, the terminated contract scenario is to be contrasted with established cases where quantum meruit is available where there was no applicable contract, such as where a contract is unenforceable or there is no contract at all. 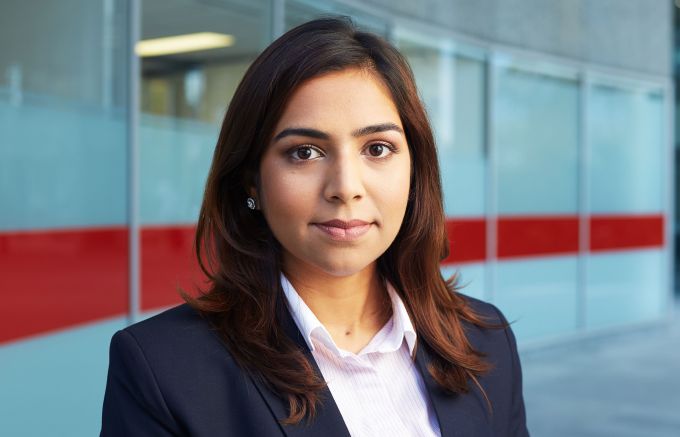 AUTHOR
Greg Nairn
Partner
YOU MIGHT ALSO BE INTERESTED IN:
It's Time To Consider Bolstering Your Payment Claim Responses
Update on the new Security of Payment Laws
Reforms and penalties: Unfair Contract Terms and Construction Contracts
Contract termination: some salutary reminders about the rules around the right to terminate a contract
View all Construction Updates