The Building Legislation Reforms: A focus for architects

WA has introduced a new framework of legislation regulating the building industry.  The concept is to consolidate the various regulatory bodies (for builders, painters and plumbers) into the one unit, the Building Commission and provide a reformed regime to controlling building standards.

Also, the new legislation introduces private certification for building permits.  This is intended to provide more choice, competition and ultimately a more efficient permit application process particularly for commercial construction.  Some eastern states introduced private certification some time ago and so this is a step closer to nationalising the regulation of the building industry.

With the new legislation comes some quite onerous obligations on builders – including  statutory obligations to build in accordance with the Building Code of Australia, obtain consent before accessing neighbouring land and to ensure the works to not adversely affect land beyond the site.

There are serious penalties for builders and persons responsible for the works for committing breaches under the new legislation.

This article focuses on the new permit process and implications for architects as building designers and administrators of construction contracts in WA.

The substantive piece of legislation, the Building Act 2011, came into operation on 2 April 2012.  This contains the new permit process, provisions about building standards and penalties.

There are Regulations that accompany each of the Acts.

Like under the old framework, most building and demolition work in WA requires a building permit (previously, building licence) to be in place.

An uncertified application is similar to the previous application process.  This must be assessed and approved by the permit authority (generally, the local council) within 25 business days provided it is complete and lodged properly (previously there was no strict time requirement).

A certified application will require builders to privately engage a licensed building surveyor to review relevant documents (such as plans, drawings and planning approvals) and provide a certificate of design compliance.  This certificate (in a prescribed form) is a statement  by the surveyor that the building,  if constructed in the manner set out in the plans, will comply with building standards by Building Code of Australia (BCA), and complies with Planning, Health and Water Corporation requirements.

If a builder wishes to deviate from the ‘deemed to comply’ provisions of the BCA, then they may need to produce a technical certificate from an architect or engineer demonstrating that the deviation or alternative solution is appropriate.  A building  surveyor can request a technical certificate be provided before issuing the Certificate of Design Compliance.

Although architects are not liable under the legislation if their design does not comply with the BCA, certainly they may be exposed to claims by owners/developers and builders (who engage architects and rely on their expertise) if the design does not meet BCA standards and the architect does not provide a technical certificate showing that performance criteria have been met.

Section 29 of the Building Act requires that the building works be carried out in accordance with the approved plans.  If the plans require a deviation from the BCA (which cannot be explained by a technical certificate demonstrating that performance criteria is met) then this will create conflict with section 37.

Section 37 of the Act requires that the building works when completed comply with the relevant standards.  The prescribed building standards under the Regulations are the standards set out in the BCA.

This kind of situation may occur where an architect has had to adopt a unique approach to a tricky situation, like when dealing with heritage listed buildings or areas.

Using the example on the next page (Figure 1), in order to match existing roofing on a heritage listed building (which was a requirement under the building licence and of the Heritage Council), the architect designed a roof with particular pitch and fall and a valley gutter system.  That new roof pitch/fall and guttering system did not meet the ‘deemed to comply’ BCA standards which called for a box guttering system. 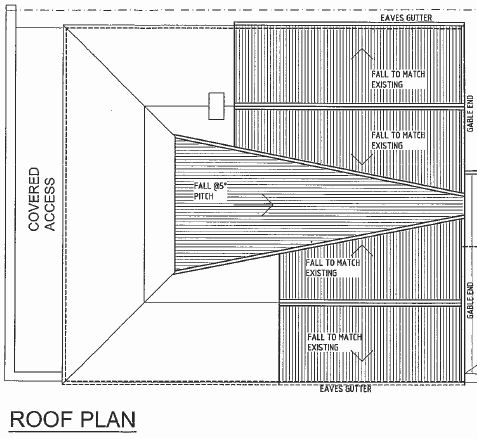 To reduce exposure to litigation, an architect will have to ensure that an alterative solution which meets performance requirements can be achieved with their design and (particularly  if called upon to do so) identify that alternative solution.

If there is an issue with the design, then:

As well as controlling standards and the ‘finished product’, the new framework also deals with how the building works are carried out.

For architects who are superintendents, this is relevant to how the contract is administered.

Aside from sections 29 and 37 (requiring construction compliance with approved plans and building standards), there are now statutory restrictions on how the building works affect other land.  Each restriction carries serious penalties when breached.  The following are the main restrictions which must not occur without the consent of the affected person:

Often during construction builders will be required to exercise discretion when the approved plans do not contain sufficient detail or are silent on the detail or a particular matter.

Using the example on the right (Figure 2), the plans may show the distance between  the inner and outer brick wall leaves as 270mm, but is silent on the brick width and cavity.

If the builder decided to use maxi bricks (90mm), instead of standards (110mm), this will create a cavity of 90mm.  This will exceed the maximum cavity width prescribed in the BCA (65mm).

If the builder chooses standard bricks, then the cavity will be 50mm and complies with BCA and the plans. 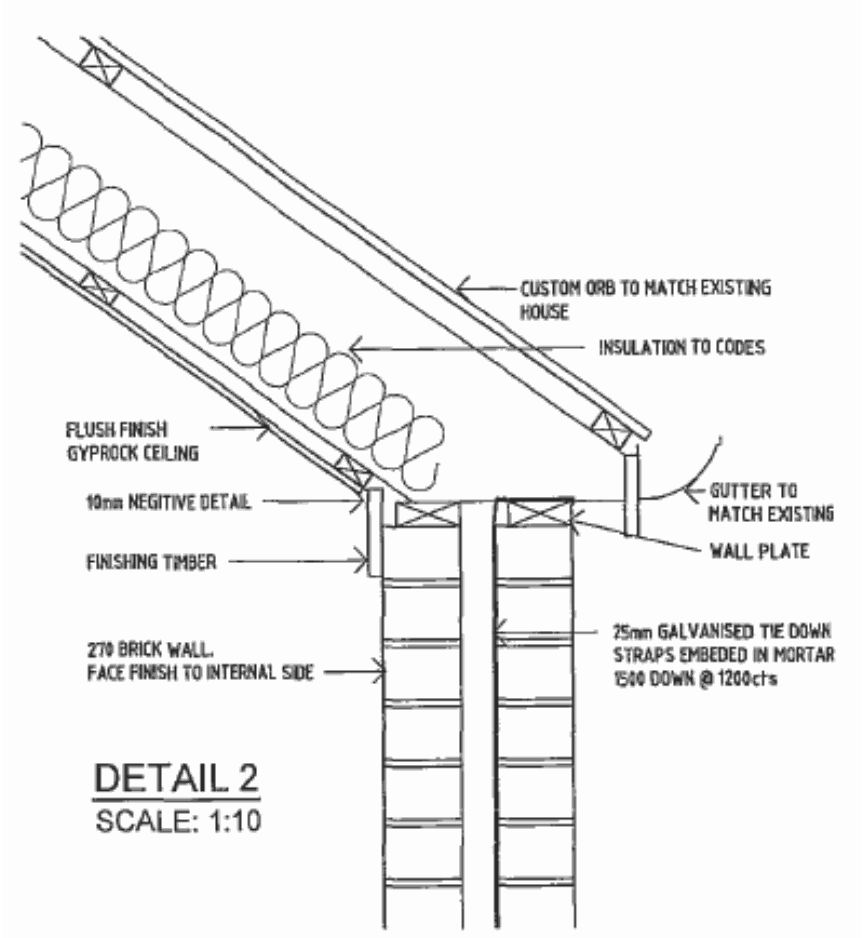 Although the builder or owner is required to ensure compliance under the legislation (and will be exposed to the serious penalties for any breach), architects acting as superintendents will be expected (by owners or builders who have engaged them and rely on their expertise) to monitor compliance and ensure that non-compliance does not occur or is not detrimental to their client.

Most of the issues relating to works affecting other land must be identified at the permit application stage and appropriate scopes of works described and consents obtained.  Superintendents will have to be very familiar with situations for which consents have been obtained and where new unanticipated situations arise where further consents are required.

Compliance issues are likely to have a flow on cost or delay effect to the project and this may be relevant to the superintendent’s assessment  of payment claims under the contract.

The penalties that builders and owners/developers face for breaching the new legislative provisions are serious, with fines ranging up to $100,000 (or $500,000 for corporations) and risk of imprisonment (if responsible person is an individual) in the most serious cases.

It follows that owners, developers and builders will have greater expectations of architects, particularly in relation to their design and administration obligations.

Architects will be expected to be extremely familiar with the BCA and ensure that alternative solutions are appropriately implemented into their design where required.

Architects acting as superintendents will be expected to be sufficiently familiar with the BCA to ensure they quickly pick up on and act upon any compliance issues during construction to avoid exposing principals to, amongst other things, delays and additional costs.

AUTHOR
Robert Shaw
Partner
YOU MIGHT ALSO BE INTERESTED IN:
It's Time To Consider Bolstering Your Payment Claim Responses
Update on the new Security of Payment Laws
Reforms and penalties: Unfair Contract Terms and Construction Contracts
Contract termination: some salutary reminders about the rules around the right to terminate a contract
View all Construction Updates