YOU MIGHT ALSO BE INTERESTED IN:
Don’t make false promises - they may come back to bite you
Trade marks: Use it or lose it
Court of Appeal delivers judgment in adverse possession stoush in City Beach
Coronavirus and business interruption – bad news for insurers
View all Litigation and Dispute Resolution Updates

According to the judgment, in May 2020, a Sydney lawyer, Mr Adam Houda (the defendant), tweeted a link to a 2019 article in the Sydney Morning Herald concerning another lawyer, Ms Zali Burrows (the plaintiff).  The tweet contained a stub from the article, reporting a judge's suggestion that Ms Burrows be referred for possible disciplinary action, and stating that she was facing a “potential legal battle of her own after a judge made scathing remarks about her competency”.  This initial post, however, was not the subject of defamation claims. 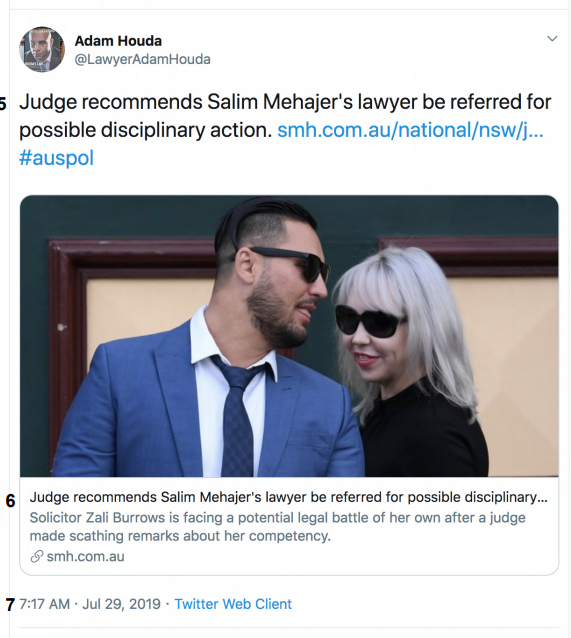 The tweet was “retweeted”, “liked” and commented on by third parties.  One comment posted asked: “July 2019 story.  But what happened to her since?”.  The defendant’s response to the query was the ‘zipper-mouth face’ emoji.

Another reply comment, by a different party, attached two document stubs and stated: “Judge Wilson recommended Ms Burrow’s clients be banned for life by ASIC & prosecuted for signing affidavits they knew to be false” followed by the words “Tick Tock” and the Clock emoji. 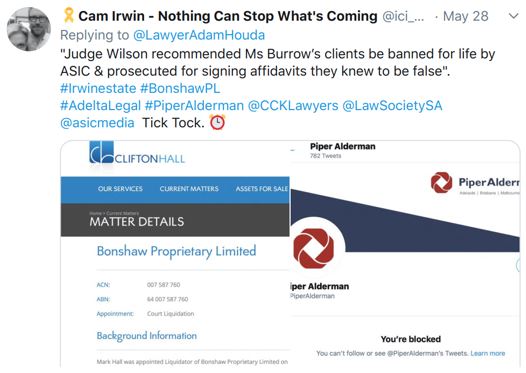 Another person then retweeted the defendant’s post, with a comment adding three emoji – “collision”, “face with tears of joy”, and “ghost”. 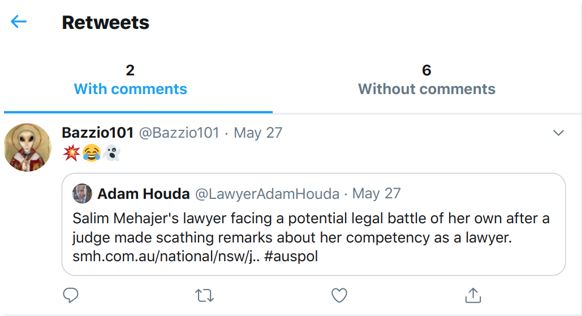 In response to the various retweets and comments (including other reposts not outlined above), the plaintiff brought an action in defamation against the defendant.  The defendant raised certain objections in relation to the claim, including a challenge to the form of the imputations pleaded as to their capacity to defame.

The Court was required to determine the capacity of three imputations pleaded, each of which centred on the use of the emoji — the zipper-mouth face, the clock (with the words “tick tock”), and the three excited emoji (“collision”, “face with tears of joy” and “ghost”).

Judge Gibson considered whether the emoji could be capable of giving rise to imputations.  Her Honour noted: “The correct approach to take to the analysis of symbols such as “zipper-mouth face” is that set out in Lord McAlpine of West Green v Bercow [2013] EWHC 1342 (QB) (“Bercow”), where the court was called upon to determine the meaning of an “innocent face” emoticon.”.

In Bercow, Sally Bercow had tweeted “Why is Lord McAlpine trending” followed by an emoticon (not, as in the current case, an emoji).  An emoticon is a term for pictures made from characters to create an image displaying a sentiment, such as the shrug: ¯\_(ツ)_/¯, or, in the case of Bercow, which consisted of words to portray an innocent face.

The Court in Bercow held:

It is common ground between the parties that the words “innocent face” are to be read like a stage direction…Readers are to imagine that they can see the Defendant's face as she asks the question in the Tweet. The words direct the reader to imagine that the expression on her face is one of innocence, that is an expression which purports to indicate (sincerely, on the Defendant's case, but insincerely or ironically on the Claimant's case) that she does not know the answer to her question.”. The Court concluded that, in the circumstances of that case, “the reasonable reader would understand the words “innocent face” as being insincere and ironical”.

In the current case, Justice Gibson held, with respect to the zipper-face emoji:

Viewed in the context of the reply sent by the defendant, the “zipper-mouth face” picks up on both aspects of the inquiry – the fact that the defendant is posting an article almost a year old and the result of the events the subject of the stub. This is a case where “joining the dots” … to achieve the meaning is a particularly likely exercise when carried out on a social media site, where the exchange of such information is more likely than a serious publication to contain hints of a sensational nature.  In all those circumstances, the imputation…that the plaintiff has not merely been the subject of a referral, but also a result adverse to her, is reasonably capable of being conveyed”.

Following a similar analysis of the context in which each emoji occurred (such as the clock being next to the words ‘tick tock’) Justice Gibson ultimately held that each of the imputations containing the emoji was “reasonably capable of being conveyed”.

The case is ongoing, and the Court will have the future task of determining whether the defamatory imputations the plaintiff claims arise from the emoji actually do arise, and whether any defences might apply to defeat the claim.

This case marks a significant step in the Australian defamation landscape with the court determining that emojis are reasonably capable of conveying an imputation in a particular context. 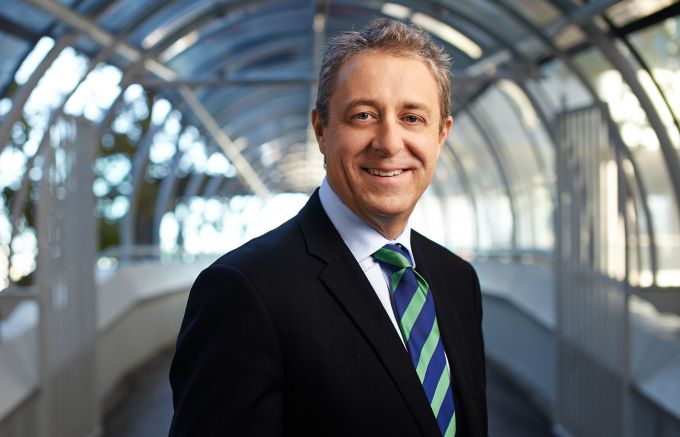 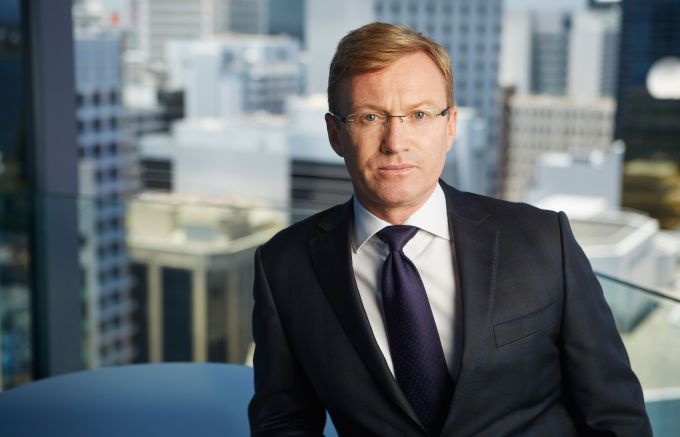 AUTHOR
James Steedman
Partner
YOU MIGHT ALSO BE INTERESTED IN:
Don’t make false promises - they may come back to bite you
Trade marks: Use it or lose it
Court of Appeal delivers judgment in adverse possession stoush in City Beach
Coronavirus and business interruption – bad news for insurers
View all Litigation and Dispute Resolution Updates