Getting Blood From A Stone: Claims Against A D&O Policy Where The Director Has Been Made Bankrupt

YOU MIGHT ALSO BE INTERESTED IN:
From Russia, With Love – A Guide To Recognition Of Foreign Insolvency Proceedings
You Can’t Have Your Cake And Eat It Too - Creditor Estopped From Raising Invalid Appointment In Remuneration Review
Stand Down - Shareholder Of A Shareholder Denied Standing To Oppose Application
Trust Me, It’s Complicated - Dealing With An Insolvent Former Corporate Trustee
View all Restructuring & Insolvency Updates

In the recent case of Markel Syndicate Management Limited v Taylor as Liquidator of Heading Contractors Pty Ltd (In Liquidation) [2021] FCAFC 198 the Full Court of the Federal Court of Australia considered whether the directors and officers liability insurance policy (Policy) taken out by Heading Contractors Pty Ltd (the Company) could cover an insolvent trading claim against the sole director of the Company where the director had been made bankrupt and was then discharged from bankruptcy before any liability was established.

The answer to that question in this case was yes.

While the answer depended on the proper construction of the specific Policy in question, the terms of the Policy were relatively standard and the approach taken by the Court provides useful guidance as to how this issue might be addressed in other cases.

The Company was placed into liquidation on 15 September 2014 via a creditors voluntary winding up.  On 15 April 2015 the sole director of the Company (Director) was declared bankrupt by his own petition.  On 16 April 2018 the Director was automatically discharged from bankruptcy by operation of section 149(1) of the Bankruptcy Act 1966 (Bankruptcy Act), and his discharge operated to release him from all debts provable in the bankruptcy. On 10 September 2020 after the Director’s automatic discharge from bankruptcy and shortly before the relevant time limit for commencing insolvent trading proceedings expired, the liquidator of the Company (Liquidator):

After considering the matter, the Court granted leave to the Liquidator to bring the insolvent trading proceedings and noted that:

Importantly, the grant of leave was made conditional on the relief in the insolvent trading claim being limited to the extent of the cover provided for under the Policy.

Following the grant of leave, the Liquidator then applied for a declaration to confirm that the Policy would respond if the insolvent trading claim was made out.  The issuer of the Policy (the Insurer) was joined to the proceedings so it could be heard on this issue.

The application for declaratory relief in relation to the Policy was heard at first instance before Charlesworth J.

However, the most critical aspect of the Policy was Extension 2(g) which relevantly provided that:

This Policy shall apply in the event of the death or incompetency or bankruptcy of a Director or Officer to their estate, heirs, legal representatives or assigns, for Loss incurred due to any Wrongful Act of such Director or Officer for which he would have received cover under this Policy. (emphasis added)

The Insurer on the other hand argued in essence that the “Loss” must have been suffered before the Director became bankrupt, and that as there had not been any liability on the part of the Director established by way of Court order, arbitral award or settlement by that time, then no compensable “Loss” could have been suffered.

Charlesworth J ultimately agreed with the Liquidators that the clear meaning of the Extension was to extend the Policy for the benefit of the Director’s estate for any Loss that would have been covered but for the Director’s bankruptcy.

Charlesworth J also held (in accordance with existing authority) that the discharge from bankruptcy of the Director operated to release the Director from personal liability for the insolvent trading claim but did not release the estate.2

Given the above, Charlesworth J granted the Liquidator’s application for declaratory relief.

The Insurer appealed the decision to the Full Court and repeated its claim that the liability of the Director must have been established by way of judgment, award or settlement before the Director became bankrupt in order for there to have been a “Loss” and for the Policy to respond.

The appeal was dismissed, and the Full Court noted that there were two key flaws in the Insurer’s argument:

This decision has important ramifications for the proper construction and effect of D&O policies where the relevant director or officer has been made bankrupt.

It should be carefully considered by insurers, directors and officers, and insolvency practitioners in terms of its effect on existing and potential future claims under such policies.

If you have any questions about this case, or about insolvent trading claims and D&O policies generally, the Lavan team is here to help. 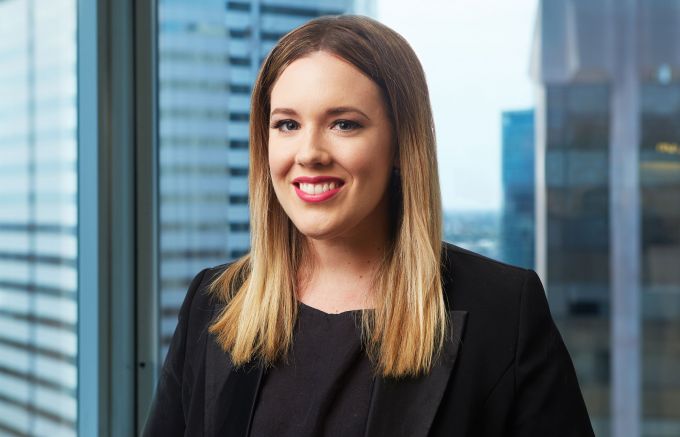 AUTHOR
Lawrence Lee
Partner
YOU MIGHT ALSO BE INTERESTED IN:
From Russia, With Love – A Guide To Recognition Of Foreign Insolvency Proceedings
You Can’t Have Your Cake And Eat It Too - Creditor Estopped From Raising Invalid Appointment In Remuneration Review
Stand Down - Shareholder Of A Shareholder Denied Standing To Oppose Application
Trust Me, It’s Complicated - Dealing With An Insolvent Former Corporate Trustee
View all Restructuring & Insolvency Updates