From Russia, With Love – A Guide To Recognition Of Foreign Insolvency Proceedings

YOU MIGHT ALSO BE INTERESTED IN:
You Can’t Have Your Cake And Eat It Too - Creditor Estopped From Raising Invalid Appointment In Remuneration Review
Stand Down - Shareholder Of A Shareholder Denied Standing To Oppose Application
Trust Me, It’s Complicated - Dealing With An Insolvent Former Corporate Trustee
Lost In Translation - First Judgment In Australia On Anti-Phoenixing Provisions, Creditor Defeating Transaction Set Aside
View all Restructuring & Insolvency Updates

In the recent case of Naumets (Trustee), in the matter of Dorokhov (Bankrupt) v Dorokhov [2022] FCA 478, the Federal Court considered an application under the Cross-Border Insolvency Act 2008 (Cth) (Act) and Model Law on Cross-Border Insolvency of the United Nations Commission on International Trade Law (Model Law) for recognition of a foreign insolvency proceeding and the grant of powers in respect of assets in Australia.

The Court carefully considered the requirements under the Act and the Model Law for recognition of the Russian Proceeding before granting the orders sought by the Applicant.

The Respondent is an individual who lives in Vladivostok, Primorsky Krai, Russia, but who also happened to own real property located in Southport in Queensland, Australia (Property).

On 7 November 2019, the Arbitration Court of Primorsky Krai handed down a judgment that:

On 30 November 2019, the Arbitration Court of Primorsky Krai handed down a further judgment extending the period for the administration of the affairs of the Respondent.

In the course of his investigations into the affairs of the Respondent, the Applicant became aware of the Property.

Subsequently on 30 June 2021 the Applicant commenced proceedings in the Federal Court seeking orders for the recognition of the Russian Proceeding as a foreign proceeding under the Model Law, which has the force of law in Australia pursuant to the Act.

A number of steps then took place:

Following these steps, the Applicant sought final orders for recognition of the Russian Proceeding and for orders entrusting the distribution of the Proceeds to the Applicant.

The Respondent did not take part in the proceeding and the application was dealt with on the papers.

The implementation of the Model Law in Australia

Before turning to the decision of McElwaine J, it is useful to consider the background to the Model Law and the Act.

On 30 May 1997, the United Nations Commission on International Trade Law adopted the Model Law.

The Model Law is a template which states can use to create domestic rules to deal with cross-border insolvency.  It is deliberately flexible, in part to encourage its adoption.  It does not provide choice of law rules, but largely respects the states’ substantive and procedural insolvency laws, providing mechanisms to assist the administration of insolvencies with transnational elements.  It applies where local assistance is sought by a foreign court or representative in connection with a foreign proceeding, where assistance is sought in a foreign state in connection with a local insolvency proceeding, where foreign and local proceedings take place concurrently, and where foreign persons have an interest in local insolvency proceedings.1

On 1 July 2008, the Model Law was implemented in Australia by section 6 of the Act.

The Act was intended to streamline the role of Australian courts when a company with assets or debt in Australia is declared insolvent in an overseas jurisdiction.

Importantly, the Model Law (via the Act) operates regardless of any lack of reciprocity by the relevant foreign jurisdiction in laws recognising cross-border insolvencies, as was the case here.

McElwaine J adopted the analysis of the Act and Model Law carried out by Rangiah J in Official Assignee in Bankruptcy of the Property of McCormick v McCormick [2018] FCA 410.  This analysis sets out two categories of criteria for recognition of a foreign proceeding: ‘status-based criteria’ and ‘procedural criteria’.

The status-based criteria are:

The procedural criteria are:

Examination of the status-based criteria

Article 2(a) of the Model Law defines a ‘foreign proceeding’ as:

a collective judicial or administrative proceeding in a foreign State, including an interim proceeding, pursuant to a law relating to insolvency in which proceeding the assets and affairs of the debtor are subject to control or supervision by a foreign court, for the purpose of reorganization or liquidation

Article 2(b) of the Model Law defines a ‘foreign representative’ as:

a person or body, including one appointed on an interim basis, authorized in a foreign proceeding to administer the reorganization or the liquidation of the debtor’s assets or affairs or to act as a representative of the foreign proceeding

In support of the application, the Applicant filed (among other things) affidavit evidence which annexed certified and translated copies of the two judgments of the Russian Arbitration Court which declared the Respondent insolvent and appointed the applicant as the Respondent’s ‘financial manager’ (Applicant’s Affidavits).

McElwaine J was therefore satisfied that the status-based criteria were established for the following reasons:

Examination of the procedural criteria

As to the first two the procedural criteria, McElwaine J was satisfied, based on the Applicant’s Affidavits and an affidavit filed by a solicitor for the Applicant which deposed to the undertaking of a search of the National Personal Insolvency Index, that:

As to the final procedural criterion, McElwaine J was satisfied that:

Once both the status-based and procedural criteria are satisfied, the Court must then consider the residual issue of whether recognising the foreign judgment would be ‘manifestly contrary to the public policy of Australia’.4

McElwaine J found that there was no reason to believe that recognition of the Russian Proceeding would be manifestly contrary to the public policy of Australia for the purposes of Article 6 of the Model Law.  Russia’s lack of reciprocity when it comes to recognising cross-border insolvencies was not a factor relevant to his Honour’s decision.

If you have any questions about the recognition or impact of a foreign insolvency proceeding, the experienced Lavan team is ready to help. 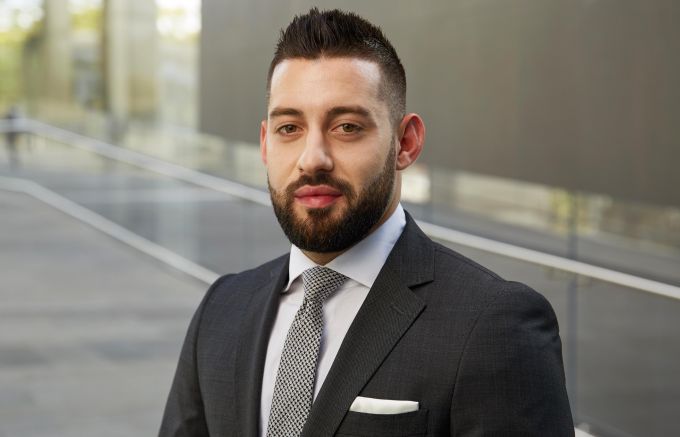 AUTHOR
Lawrence Lee
Partner
YOU MIGHT ALSO BE INTERESTED IN:
You Can’t Have Your Cake And Eat It Too - Creditor Estopped From Raising Invalid Appointment In Remuneration Review
Stand Down - Shareholder Of A Shareholder Denied Standing To Oppose Application
Trust Me, It’s Complicated - Dealing With An Insolvent Former Corporate Trustee
Lost In Translation - First Judgment In Australia On Anti-Phoenixing Provisions, Creditor Defeating Transaction Set Aside
View all Restructuring & Insolvency Updates

[1] Stewart Maiden, ‘A comparative analysis of the use of the UNCITRAL Model Law on Cross-border Insolvency in Australia, Great Britain and the United States’ (2010) 18 Insolvency Law Journal 63.