YOU MIGHT ALSO BE INTERESTED IN:
Trust Me, It’s Complicated - Dealing With An Insolvent Former Corporate Trustee
Lost In Translation - First Judgment In Australia On Anti-Phoenixing Provisions, Creditor Defeating Transaction Set Aside
Reef And Beef: Pacreef Investments Prevails In Dispute Over Insolvency Terms
Secured Creditor Goes Down In Flames - Spitfire Corporation Limited (In Liquidation)
View all Restructuring & Insolvency Updates

In the decision of In the matter of Pacific Steelfixing Pty Ltd,1 the New South Wales Supreme Court considered how the availability of other potential recoveries in a liquidation can impact a liquidator’s ability to establish that a creditor received more from an unfair preference payment then they would have received in a winding up scenario.

The case involved an unfair preference claim by the liquidator (Liquidator) of Pacific Steelfixing Pty Ltd (the Company) against the Deputy Commissioner of Taxation (Commissioner) in circumstances where the Liquidator potentially had another available claim which, if successful, would have seen all of the Company’s creditors paid out in full.

The Company was registered on 25 August 2017 and had operated a labour hire business in the construction industry.  Its sole client was a company named MJCR Group Pty Ltd (MJCR).  The Company was wound up in insolvency on 12 December 2018 on the petition of an advisory firm in respect of unpaid consulting fees.

In the period between his appointment and November 2019, the Liquidator identified the following matters:

It also appears that by November 2019, the Liquidator:

The Liquidator then commenced proceedings against the Commissioner to recover the tax payments as unfair preferences, not having obtained a copy of the Deed of Settlement.

As it turned out, the Deed of Settlement had been executed on the same date that the Company was wound up, and compromised claims by the Company against MJCR for over $4.6m in return for the payment of $95,000 by MJCR.

The Liquidator’s position at trial was that he had made a commercial decision to pursue the claim against the Commissioner before taking further steps in relation to investigating the Deed of Settlement, but that having obtained the Deed of Settlement he agreed that the terms of it would “ordinarily” have caused him to conduct further investigations into whether the deed could be challenged, and that there was nothing stopping him from seeking to challenge the deed or to recover the $4.6m from MJCR.

One of the issues which then arose in the proceedings was whether the Liquidator had established (or could establish) as part of the unfair preference claim against the Commissioner the requirement under section 588FA(1)(b) of the Act that the Commissioner received more in respect of the debts paid by the tax payments than would have been received if the Commissioner had proved for those debts in the winding up.

Section 588FA(1) of the Act, provides that a transaction is an unfair preference given by a company to a creditor if:

In determining whether the elements of section 588FA(1)(b) of the Act are satisfied, the Court must determine whether the creditor received more than it would receive if the payment or payments were set aside and the creditor were to prove in the winding up of the company.

The plaintiff liquidator bears the onus of proof in relation to the above matters.

In considering this issue, Williams J noted that it was not in dispute that the tax payments had been made or that the Liquidator bore the onus of proving the elements in section 588FA(1)(a) and (b).

However, the question was whether the Commissioner received more from those tax payments than it would receive if the payments were set aside and the Commissioner were to prove as an unsecured creditor in the winding up of the Company.

The Liquidator argued that this question had to be assessed by reference to the “status quo of the winding up”, namely that the creditors did not stand to receive a dividend and the Company was bound by the Deed of Settlement, as to do otherwise would effectively prevent liquidators from ever being able to pursue unfair preference claims where there were or might be other claims which could vest in the liquidator.

However, Williams J rejected this argument and held that the Liquidator had failed to prove the required elements under section 588FA(1)(b) and that the claim against the Commissioner should be dismissed.

While Williams J was careful to limit his findings to the facts, this case highlights that to succeed in an unfair preference claim, liquidators should ensure all available claims have been properly investigated and the results taken into account when assessing the satisfaction of section 588FA(1)(b) of the Act.   Liquidators must be mindful of their burden to prove that a particular preference payment resulted in a creditor receiving more than the creditor would receive from the company in respect of the debt if the transaction were set aside and the creditor were to prove for the debt in the winding up of the Company.  If investigations relating to other available claims are incomplete, that burden might not be satisfied.

This is in a noteworthy decision for both insolvency practitioners (whom may prosecute an unfair preference claim) and creditors (whom may need to defend such a claim). 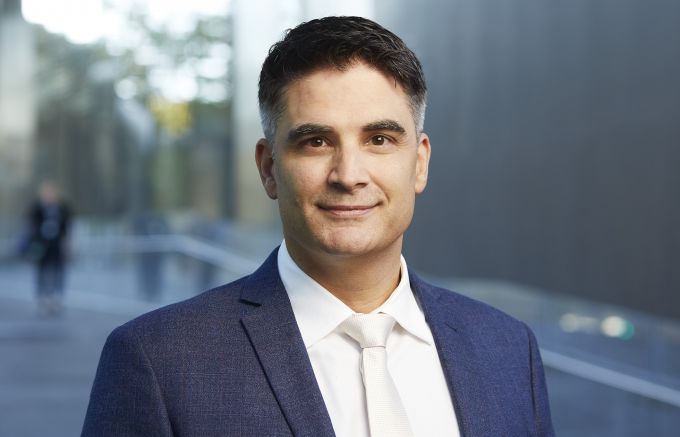