YOU MIGHT ALSO BE INTERESTED IN:
Trust Me, It’s Complicated - Dealing With An Insolvent Former Corporate Trustee
Lost In Translation - First Judgment In Australia On Anti-Phoenixing Provisions, Creditor Defeating Transaction Set Aside
Secured Creditor Goes Down In Flames - Spitfire Corporation Limited (In Liquidation)
Parallel Parking - How To Reverse A Company From Liquidation Into A DOCA
View all Restructuring & Insolvency Updates

In the recent case of Pacreef Investments Pty Ltd v GTW Investments (Aust) Pty Ltd1, the Victorian Supreme Court considered the meaning of “due” and “due and payable”, and provided some useful commentary about the commercial realities to be considered when determining (in)solvency.

The case revolved around a claim by Pacreef Investments Pty Ltd (Pacreef) against GTW Investments (Aust) Pty Ltd (GTW) pursuant to a guarantee given by GTW to Pacreef in respect of the acquisition by Pacific Biotechnologies Ltd (Pac Bio) of Pacreef’s aquaculture business.  GTW was a major shareholder of Pac Bio, and GTW’s liability under the guarantee was contingent on Pac Bio not having suffered an “Insolvency Event”.

In resolving the matter, M Osborne J considered the meaning of the terms “due” versus “due and payable” under section 95A of the Corporations Act 2001 (Cth) (Act), as well as the commercial realities of Pac Bio’s capacity to pay its debts when due in circumstances where Pac Bio’s solvency depended upon shareholder funding.

As part of Pac Bio’s acquisition of Pacreef’s aquaculture business, Pac Bio issued Pacreef 15 million A class shares (in Pac Bio) (Shares) on terms that allowed Pacreef to require Pac Bio to redeem the Shares on 28 days’ notice at a price of $1 per share.

This arrangement was supported by a guarantee from GTW, a major shareholder of Pac Bio.  While the terms of the guarantee were in issue, they essentially required GTW to subscribe for such number of ordinary shares in Pac Bio as required to fund the redemption of the Shares if Pac Bio failed to otherwise raise the required money by raising capital for that purpose within 3 months of the redemption notice.  However, GWT’s liability under the guarantee was subject to a condition that Pac Bio must not have suffered an “Insolvency Event” as defined in the guarantee as at the date on which the Shares were to be redeemed.

It is also important to note that another $3 million of the purchase price was funded by way of a vendor finance loan from Pacreef to Pac Bio, repayable no earlier than 31 March 2019 (Vendor Finance Facility).

Pac Bio did not comply with the notice by either date or at all.  However, Pacreef did not enforce its rights over the course of 2019 while Pac Bio pursued a recapitalisation plan.

Two other key matters occurred in 2019:

Ultimately, the recapitalisation plan did not proceed, and Pac Bio’s position swiftly deteriorated.  Pacreef commenced proceedings against Pac Bio and GTW on 11 February 2020, to enforce the redemption notice and guarantee.  Subsequently, on 12 March 2020, GTW issued a letter of demand making the GTW Facility immediately due and payable, and Pac Bio’s board appointed voluntary administrators that same day.

Pacreef continued the claim against GTW under the guarantee, and the matter proceeded to trial in October and November 2021.

A key issue in the trial was whether Pac Bio had suffered an “Insolvency Event” as at either 4 February 2019 or 7 April 2019.

This was because GTW’s liability under the guarantee was conditional on no Insolvency Event having occurred with respect to Pac Bio as at the date the Shares were to be redeemed.

The Court had to consider the definition of Insolvency Event set out in the guarantee, and specifically had to consider whether at the relevant date, Pac Bio was either:

Section 95A of the Act provides:

The matters that fell for determination were therefore:

M Osborne J noted that “due” has been found to mean either “owing” or “owing and presently payable”, depending on context and that it has been argued that if “due” means “owing and presently payable”, there is no work for “payable” to do in section 95A of the Act.  However, M Osborne J undertook a detailed review of the applicable authorities and was ultimately satisfied that there is no relevant difference in interpretation between the terms “due” and “due and payable” for the purpose of section 95A.

Importantly, M Osborne J was also satisfied that a reasonable business person in the position of GTW and Pacreef would not have considered that Item 1 would have a different meaning from that applied under section 95A of the Act.

M Osborne J therefore concluded that Item 1 of the relevant clause of the GWT guarantee, properly construed, required an assessment, on the relevant date, of Pac Bio’s ability to pay its debts that were due and payable, taking account of the commercial realities at that time including whether a creditor actually required payment of its debt or not.

The issue then was whether the Vendor Finance Facility or GTW Facility were in fact due and payable as at 7 April 2019.

As to the Vendor Finance Facility, while this facility was indeed at call by 7 April 2019, M Osborne J found that it would not have been in Pacreef’s interests to trigger an Insolvency Event given it would adversely affect its rights when redeeming the Shares.  Pacreef’s evidence was that it never intended to call for payment on 31 March 2019, despite being entitled to do so.  M Osborne J accepted that evidence and considered that the better construction of the Vendor Finance Facility documents was that written notice from Pacreef was required to render the amount owed immediately due and payable.  Absent that notice, Pacreef was simply entitled to receive default interest on the amount outstanding.

The Vendor Finance Facility was therefore not, as a matter of commercial reality, due and payable as at 7 April 2019.

As to the GTW Facility, while this facility was also at call as at 7 April 2019, GTW had increased the facility limit on 28 March 2019 from $6 million to $8 million, and Pac Bio had drawn down on that facility at various times over the remainder of the year.

M Osborne J was therefore satisfied that it was appropriate to treat the GTW Facility as an additional source of funds as at 7 April 2019, rather than to treat it as an immediately due and payable debt.

M Osborne J was ultimately satisfied that Pac Bio had not suffered an Insolvency Event as at either of 4 February 2019 or 7 April 2019, and found that GWT was liable to Pacreef under the guarantee.

This case provides useful clarification of the interpretation of the terms “due” versus “due and payable” for the purposes of section 95A of the Act.  It also serves as a useful reminder that whether a debt is due and payable involves consideration of when a debt is due for payment, the relevant terms of the underlying agreement, as well as the commercial realities including whether a creditor actually requires payment of its debt or not, all of which must be taken into account for the purpose of determining (in)solvency.

If you have any questions about corporate insolvency, the experienced Lavan team is here to help. 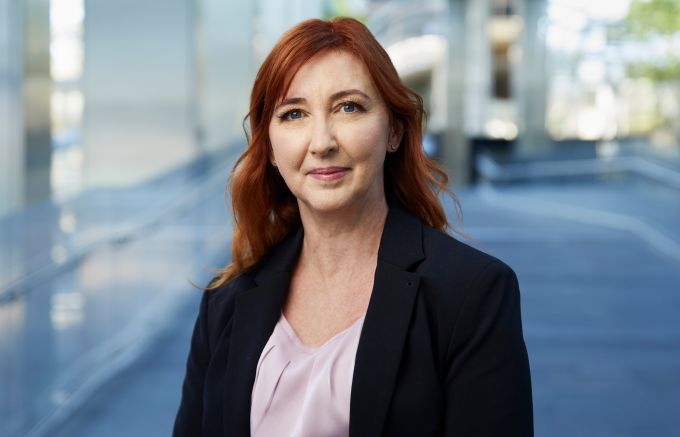 AUTHOR
Lawrence Lee
Partner
YOU MIGHT ALSO BE INTERESTED IN:
Trust Me, It’s Complicated - Dealing With An Insolvent Former Corporate Trustee
Lost In Translation - First Judgment In Australia On Anti-Phoenixing Provisions, Creditor Defeating Transaction Set Aside
Secured Creditor Goes Down In Flames - Spitfire Corporation Limited (In Liquidation)
Parallel Parking - How To Reverse A Company From Liquidation Into A DOCA
View all Restructuring & Insolvency Updates