YOU MIGHT ALSO BE INTERESTED IN:
Lost In Translation - First Judgment In Australia On Anti-Phoenixing Provisions, Creditor Defeating Transaction Set Aside
Reef And Beef: Pacreef Investments Prevails In Dispute Over Insolvency Terms
Secured Creditor Goes Down In Flames - Spitfire Corporation Limited (In Liquidation)
Parallel Parking - How To Reverse A Company From Liquidation Into A DOCA
View all Restructuring & Insolvency Updates

In the recent decision of Break Fast Investments Pty Ltd v Sclavenitis [2022] VSC 288, the Victorian Supreme Court had to consider a number of questions regarding the ability of an insolvent former corporate trustee to deal with its rights against the trust and third parties.

The case involved a company named C & O Voukidis Pty Ltd (COV).  COV was the corporate trustee of the Voukidis Family No. 2 Trust (Voukidis Trust), and undertook a number of activities as trustee including guaranteeing loans made to members of the Voukidis family and related entities.

After COV was placed into liquidation (and ceased to be trustee of the Voukidis Trust), its liquidator caused COV to enter into a transaction to assign COV’s rights against the Voukidis Trust and certain third parties to Break Fast Investments Pty Ltd (BFI).  This transaction was subsequently at the heart of a dispute between BFI and the third parties in the Victorian Supreme Court.

Although not dealt with in this specific judgment, it appears from other judgments in courts including the Federal Court and the NSW Supreme Court that Mr and Mrs Voukidis fell into default of their NAB loans in May 2011, which triggered a string of court actions between them and NAB and COV.

Separately, by 2011/2012, Mr and Mrs Voukidis and COV were also embroiled in disputes with other business partners and lenders including BFI.

Then, in 2014, BFI served COV with a statutory demand for an award of costs made against COV in favour of BFI in yet more proceedings in the Victorian Supreme Court.  COV failed to comply with the statutory demand, and BFI successfully applied for orders that COV be wound up in insolvency.  The winding up orders were made on 27 May 2014, and a liquidator was appointed to COV (Liquidator).

By reason of the terms of the trust deed for the Voukidis Trust, COV ceased to be the trustee of the Voukidis Trust when it went into liquidation and a replacement trustee was appointed.  However, COV retained certain rights against the Voukidis Trust for recoupment, exoneration and indemnity of its liabilities and expenses incurred as trustee (Former Trustee Rights).

Then on 18 September 2019, the Liquidator caused COV to enter into a deed of assignment with BFI (Assignment Deed) pursuant to which COV assigned (or purported to assign) the Former Trustee Rights and the Indemnity Claim to BFI for the sum of $5,500.

Although not clearly explained in the judgment, the clear commercial rationale for the deal was as follows:

BFI subsequently commenced proceedings to press the Former Trustee Rights and Indemnity Claim, which was opposed by the relevant members of the Voukidis family.

The dispute raised a number of issues in relation to whether the Indemnity Claim was trust property, and if so whether and to what extent it could be dealt with and assigned by COV as a former trustee of the Voukidis Trust.

In dealing with this matter, Justice Riordan broke the issues down into a series of questions.

Question 1 – Did the Assignment Deed seek to assign the legal and beneficial interests in the Indemnity Claim?

Riordan J noted that the Indemnity Claim was clearly trust property, held by COV on bare trust as the former trustee of the Voukidis Trust.  As a result, if COV had sought to assign both the legal and beneficial interests in the Indemnity Claim, this would have been beyond COV’s powers as bare trustee, and the entire Assignment Deed would be void.  However, if COV only sought to assign the legal interest or title in the claim subject to the equitable interests of the beneficiaries of the trust, then this assignment could be effective and the Assignment Deed would be allowed to stand.

Riordan J was ultimately satisfied that COV and BFI had intended to only assign the legal interest in the Indemnity Claim subject to the equitable interests of the beneficiaries as the Assignment Deed expressly noted the trust relationships in relation to the Indemnity Claim.  This was also consistent with the purpose of the transaction which was not to exclude the equitable interests, but merely to allow BFI to obtain priority over them via the Former Trustee Rights.

As a result, the Assignment Deed was allowed to stand.

Question 2 – Given the answer to Question 1, what was the effect of the Assignment Deed re the Indemnity Claim?

The real issue here was whether the Assignment Deed had been effective in conferring sufficient rights to BFI to give BFI standing to bring the claim against Mrs Voukidis.

Riordan J provided a detailed review of the law in relation to the powers of a bare trustee (such as COV), noting that (amongst other things) a bare trustee is not authorised to sell trust assets, if it does so then this is in breach of trust, but this will not result in the sale being automatically invalid and may just result in the purchaser taking the asset on constructive trust for the beneficiaries.

In this case, Riordan J was satisfied that COV’s sale of the Indemnity Claim was in breach of trust, but that the outcome was that there had been a valid transfer of legal title in the claim to BFI, with BFI holding the claim on constructive trust.  However, and most importantly, Riordan J was satisfied that BFI had sufficient rights to have standing to prosecute the Indemnity Claim against Mrs Voukidis.

Question 3 – If the Assignment Deed had been void, could COV’s liquidator have assigned the Indemnity Claim pursuant to section 477 of the Corporations Act 2001 (Cth) (Act)?

Riordan J considered the authorities in relation to this issue before concluding that the position at law was that the power of sale in section 477(2)(c) of the Act did not give liquidators of former trustees any greater powers than those of the corporation to which they were appointed.

However, Riordan J also noted that a sale by a liquidator ‘in breach of trust’ would be dealt with in the same way as a sale by the bare trustee in that it would not be automatically void and might just result in the purchaser taking the asset subject to a constructive trust.

As to the first part, Riordan J noted that it is now settled law that a trustee’s right of exoneration is not just a mere power but is a proprietary interest of the trustee that generates a proprietary beneficial interest in the trust assets.  As a result, Riordan J was satisfied that COV could and did assign its rights as a former trustee (along with its supporting equitable charge) to BFI under the Assignment Deed.

As to the second part, Riordan J noted that these rights on their own do not confer a power to sell or deal with trust assets and only give the former trustee a priority over creditors of the trust.  As a result, if BFI was only relying on the Former Trustee Rights to ‘deal with’ or enforce the Indemnity Claim, then it would not have been able to do so.  However, Riordan J also noted that as BFI had taken an effective assignment of the legal title to the Indemnity Claim, this gave BFI sufficient rights to bring proceedings to enforce that claim.

The outcome of the above was that BFI was entitled to continue to pursue the Indemnity Claim against Mrs Voukidis in the proceedings,and would be entitled to apply any recoveries to its debt via the Former Trustee Rights.

This case demonstrates the high degree of complexity that can arise when dealing with the rights and interests held by an insolvent former corporate trustee.

If a liquidator of such an entity or a counterparty intend to enter into a transaction in respect of these types of rights and interests, it is critical that this is done with a clear understanding of the relevant trust and insolvency principles to guide the drafting of the transaction documents. 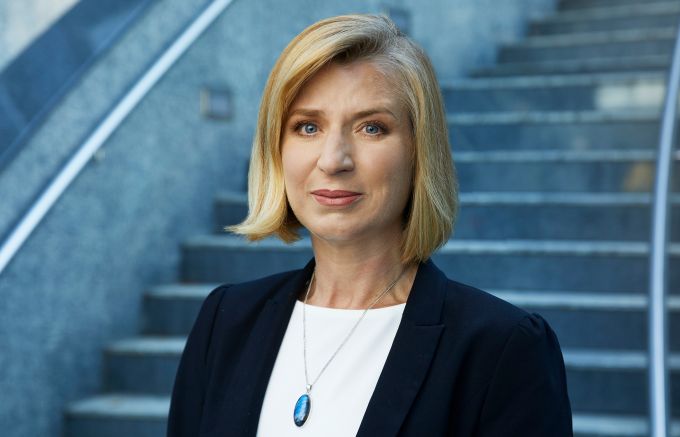 AUTHOR
Lawrence Lee
Partner
YOU MIGHT ALSO BE INTERESTED IN:
Lost In Translation - First Judgment In Australia On Anti-Phoenixing Provisions, Creditor Defeating Transaction Set Aside
Reef And Beef: Pacreef Investments Prevails In Dispute Over Insolvency Terms
Secured Creditor Goes Down In Flames - Spitfire Corporation Limited (In Liquidation)
Parallel Parking - How To Reverse A Company From Liquidation Into A DOCA
View all Restructuring & Insolvency Updates