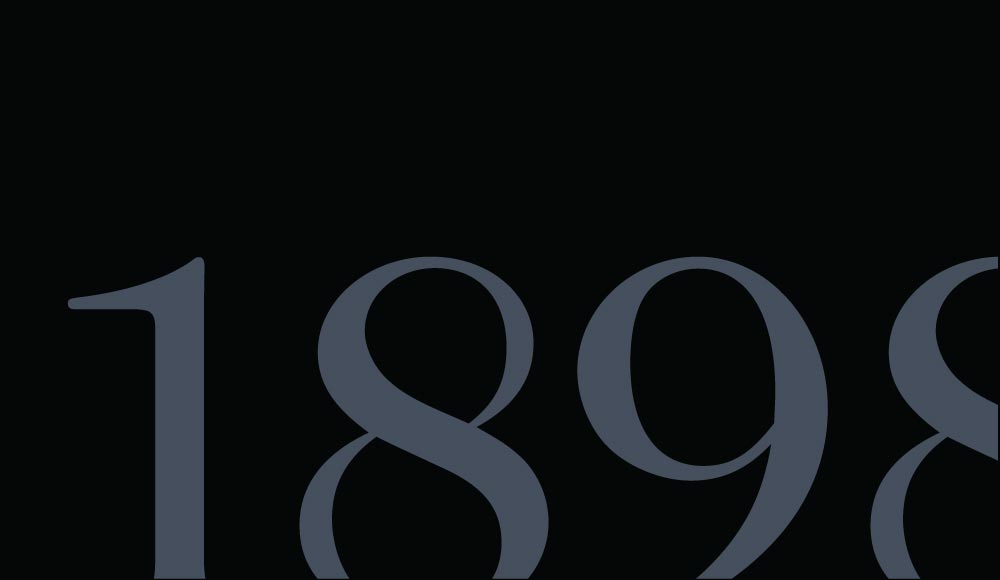 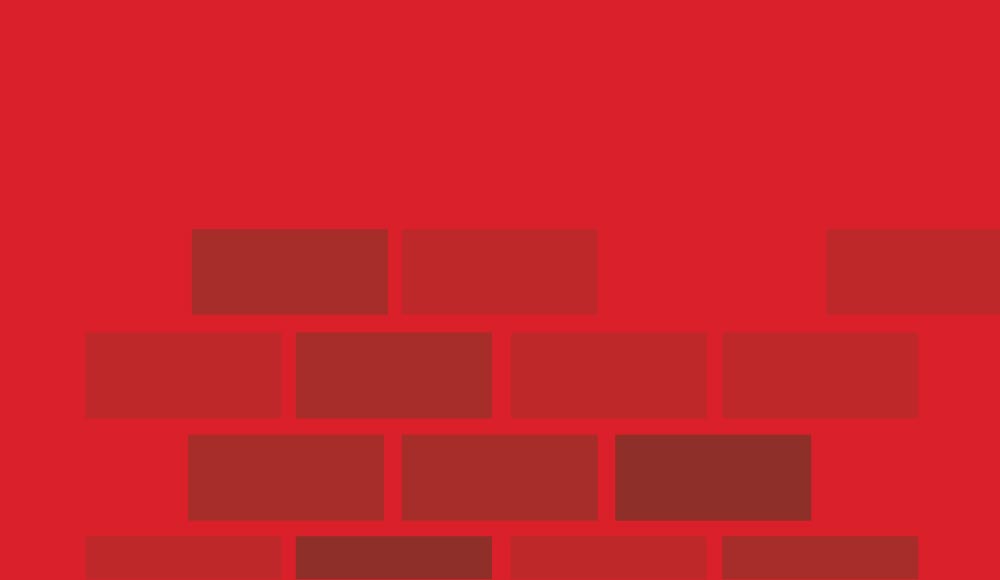 The ‘Lavan’ name recognises a distinguished Western Australian legal family and Lavan’s historic roots which date back to 1898.

Michael Gibson Lavan KC was born in County Galway, Ireland in 1875.  He was educated at Trinity College and called to the Irish Bar where he practised as a barrister until migrating to Western Australia in 1897.

Michael was admitted in Western Australia in 1898 and commenced practice that year in Barrack Street, Perth.  Michael’s firm became Lavan & Walsh in 1920 when a partnership was formed with John Francis Walsh, another Irish lawyer.  The firm rose to great prominence in Western Australian legal circles.  Michael took silk in 1930 and was president of the Law Society of Western Australia from 1930 to 1935.

In 1934 Michael's son, John Martin Lavan, was admitted to practice and joined the family firm.  John remained with the firm until 1969 when he left to join the Bench of the Supreme Court.  John was president of the Law Society of Western Australia from 1964 to 1966.  In 1981 John was knighted in the New Year’s Honours List.

In May 1983, Lavan & Walsh merged with another long established Perth law firm, Morris Crawcour & Solomon, and became Lavan Solomon.  The two firms had both enjoyed enviable profiles in the legal marketplace and their respective areas of practice were remarkably compatible.  In combination, the new firm had the capacity to provide nearly every legal service a client may require.  The creation of the new firm coincided with the relaxation of the practice rules regarding marketing by lawyers.  The announcement and advertising of the new firm was most novel by legal professional standards at that time.  The new firm publicly announced and promoted the fact that it took an innovative approach to the practice of law.

Morris Crawcour & Solomon had held agency relationships with an old established Melbourne firm, Phillips Fox & Masel, and a Sydney firm, Smithers Warren Davenport & Mant.  Lavan Solomon built even closer relationships with the two firms and this resulted in an amalgamation of all firms two years after Lavan Solomon was established.  The firm operated under the collective name Phillips Fox and was the first national law firm in Australia.

Phillips Fox became one of Australia’s most progressive and respected law firms.  The association of firms arose from a perception that the practice of law needed to keep pace with the rapidly changing face of Australian business.  Phillips Fox also perceived a need to provide a service for clients which would extend beyond state and national boundaries.  This led to the creation of branch offices initially in Vietnam, and subsequently in the other mainland Australian states and New Zealand.

The firm returned to being an independent stand-alone practice and returned to operating under the Lavan name in April 2006.  The firm, as Lavan Legal, was formed when the majority of the Perth partners of Phillips Fox and partners from Bennett & Co, including Martin Bennett, recognised the unrealised potential in the marketplace for an independent Western Australian legal practice.

It was a significant and somewhat brave move for the firm to step back from a relationship that had been ground breaking in its time and which had endured for more than 20 years.  It recognised, however, that the partners of the firm had a real desire to be independent and to create a firm which was markedly different and unique in many aspects of its practice.  It also recognised that the early history of the firm was an important foundation, not to be forgotten, and its traditions something to be built upon.  Western Australia had also reached an important point in its development with an economy significant in world terms and a focus and outlook that extended well beyond its boundaries and shores.  It was apparent that the firm with aspirations to ‘box well above its weight’ was based in a state with similar aspirations.

Lavan Legal shortened its name to Lavan in 2016.  This change in name was in acknowledgement of the firm’s growth and presence in the market place as one of Western Australia’s most reputable and recognisable legal practices.

In 2019, while retaining its independence Lavan entered into an association with Gadens to carry out work for specific institutional clients on a national basis.

Following are the biographies of three former partners who were influential in the development of the firm and achieved prominence in their areas of law and in the community:

John Martin Lavan Kt embarked on a course of five year articles in 1929, at that time one of the modes of entry to practice.  John’s association with the law clearly preceded this, going back to his father, Michael Gibson Lavan KC.

John Martin Lavan was educated at Christian Brothers College in Perth and Xavier College in Melbourne.  He was admitted to practice in 1934 and commenced employment with his father’s firm Lavan & Walsh.  John was away from the practice for five years on military service during World War Two, initially with the 10th Light Horse Regiment and later in the Islands with the Australian Army Legal Corps.  He attained the rank of Captain.  After the war, John returned to Lavan & Walsh and remained with the firm for the remainder of his practising career, in the main as senior partner.

John built up a very wide and varied practice as both a barrister and solicitor in areas ranging through the criminal, civil and licensing courts as well as non-litigious matters in the commercial sector.  From 1934, John was also involved with the St. John Ambulance Association.  He was a member of the Council of the Association for many years and was president from 1964 to 1969.  John was also chairman of the State Board of the City Mutual Life Assurance Society.

When John was appointed to the Bench of the Supreme Court of Western Australia in 1969 he brought with him an all round ability and knowledge which, with the modern trend towards specialisation, is unlikely to be matched in the future.

John was made an administrator of the state during the interregnum between governors and when the Lieutenant Governor was absent from the state in 1980.  He became Senior Puisne Judge in 1977 and was for seven years chairman of the Parole Board.  He was knighted in the New Year’s Honours List in 1981.

Diana then spent ten years at the Victorian Bar, being appointed a Queen’s Counsel in 1997.  Diana has had a longstanding commitment to the advancement of women in the law and was appointed as the patron of Australian Women Lawyers and a board member of the Association of Family and Conciliation Courts (AFCC) and president of the Australian Chapter of the AFCC.

Diana received a Centenary Medal in 2001 for her role in the establishment of the Federal Magistrates Court.  She was made an Officer of the Order of Australia in 2011 for her distinguished service to the judiciary and to the law, particularly to family law policy reform and practice through the establishment of the Federal Magistrates Court, and the advancement of women in the legal profession.

His Honour Kevin James Hammond AO was educated at Sacred Heart Convent and Christian Brothers College and then at the University of Western Australia.

Kevin completed his articles with Howard Austin Solomon at Morris Crawcour & Solomon and worked for a period of time in Perth before moving to establish Mayberry Hammond in Northam, York and the Central Districts.

Kevin was also president of the Crime Prevention Council of Western Australia from 1983 to 1984 and chair of the Review Committee established in 1996 to review all aspects of remission and parole, which was referred to as the ‘Hammond Committee’.

In 2004 Kevin capped a truly distinguished career of exemplary service to the community by becoming the Commissioner for Crime and Corruption.  After his retirement from that post in 2007 and until 2014, Kevin was involved with the voluntary criminal case conferencing system in the Supreme Court.

Lavan is a full service firm.  We provide legal advice in the areas of aged care, Asian investment, banking and finance, construction and infrastructure, corporate and commercial law, education, employment and safety, energy and infrastructure, family law, government, insolvency and reconstruction, intellectual property, liquor licensing and hospitality, media and defamation, mining and resources, oil and gas, planning and environment, property and leasing, sports, tax, wills and estates and private wealth.  Our litigation team is one of the largest in Western Australia.

We believe that our people are our most valuable assets.  We are committed to creating a culture that is supportive, that values learning and celebrates each individual’s contribution to the firm’s overall success.

At Lavan we aim to be a leader in social engagement within the broader community.  We encourage our employees to participate in philanthropy, reconciliation and volunteering projects.  As a firm, we are always seeking new opportunities to give back to the community.

Lavan’s vision is to be Western Australia’s pre-eminent law firm.

Lavan’s vision is supported by five pillars, namely our people, our clients, our brand, risk management and financials.  These pillars are central to the firm’s long term success.  They are the foundations of everything we do.

Lavan’s values are integrity and commitment.  ‘Integrity’ involves honesty, respect and high ethical standards.  ‘Commitment’ embodies a dedication to excellence and to our people, our clients and the community.  In relation to our people it includes a commitment to self development and loyalty.

At Lavan, we are proud to continue our commitment to being real people providing real solutions for our clients.