YOU MIGHT ALSO BE INTERESTED IN:
Intolerance of Criminal Record Results in Workplace Dismissal
Lavan Alert: If the contract says it should quack like a duck, it is a duck
Dismissal for refusing to provide vaccination status
Migration Update For Employers: Australia's Borders Finally Reopening
View all Employment, Safety & Education Updates

In the recent decision of the Administrative Tribunal in New South Wales,1 it was found that a business discriminated against a man because of his age when he enquired about a prospective job.  The business was ordered to pay more than $3,000 in damages.

In late 2019, a Mr Galstaun contacted Adept Underpinner Pty Ltd by telephone to ask about a casual construction position he had found advertised online.

Upon speaking to its director, Mr McDougall, he was allegedly asked about his age.  When Mr Galstaun said he was 61 years old, the director was said to have burst out laughing.  Mr Galstaun was told “you would have a heart attack and I don’t want that on my site”.  Mr Galstaun said that the director told him while laughing that he “had young ones run away from the workload”, before ending the call by saying “you are too old, cheers mate”.

Mr Galstaun decided not to apply for the job and, feeling “humiliated, ridiculed and diminished”, lost confidence in his own abilities and applied for lesser-paying work outside the construction industry for six months after the phone call.

After lodging a complaint that he had been subjected to discrimination because of his age, a hearing subsequently took place before the Administrative Tribunal.

At the hearing, Adept denied that the telephone conversation took place as described, stating that Mr McDougall only told Mr Galstaun the tasks involved in the advertised position, and informed him that in order to apply for the position Mr Galstaun should submit a resumé via email.

The Tribunal however accepted Mr Galstaun’s version of events, despite Mr McDougall denying that he had asked about age, laughing, or caring about the age of applicants.  This was due to Mr Galstaun’s almost contemporary note of the conversation made the day after his call, the fact he complained to the Administrative Tribunal just over a week later without applying for the job, and his “serious and sensitive” demeanour during the hearing.

The Tribunal concluded that Adept had unlawfully discriminated against Mr Galstaun on the basis of his age.

Finding the conduct contributed to the worker ceasing to seek higher-paying construction work for a period of time, the Tribunal awarded $1,490 for economic loss and $1,500 for non‑economic loss.

Aggravated damages of $750 were also awarded by the Tribunal because a letter written by Adept’s lawyer “added to Mr Galstaun’s hurt and distress” with its use of derogatory language about Mr Galstaun and his complaint.

Mr Galstaun’s complaint illustrates how discriminatory conduct may arise from the first point of contact a prospective employee has with a business.  In this case it was the innocuous request for more information about an advertised job.

The Tribunal decision applied section 49ZYB(1)(b) of the Anti-Discrimination Act 1977 (NSW).  However, the law is comparable in Western Australia under section 66V of the Equal Opportunity Act 1984 (WA), which fundamentally states that a person discriminates against another person on the ground of age if the discriminator treats the aggrieved person less favourably than in the same circumstances, or in circumstances that are not materially different, the discriminator treats or would treat a person who is not of that age.

Accordingly, the same situation would likely result in a similar outcome for Mr Galstaun and Adept in Western Australia.

The circumstances demonstrate how easily a phone call and an off-the-cuff response to a member of the public can result in a complaint and detriment to a business.  A business cannot anticipate every phone call it receives each day.  However, a business can regularly review recruitment processes to ensure that an appropriate process is being followed, from the way a job is advertised to the final decision about which person is employed.  If part of the process is verbal it is particularly important that persons responsible for the recruitment are polite and astute and they say no more than is appropriate during the process. 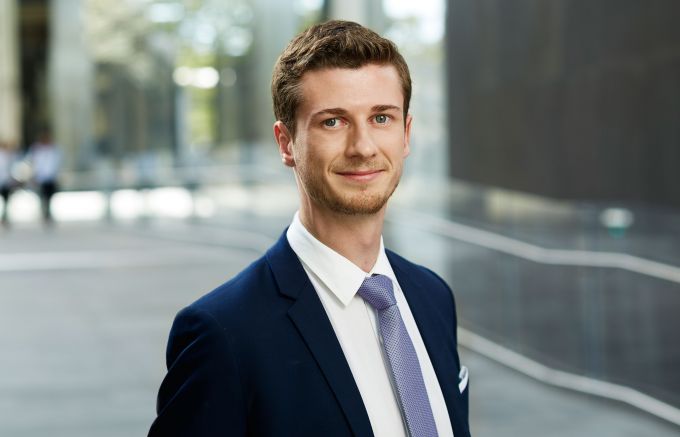 AUTHOR
Tristan Seymour
Associate
YOU MIGHT ALSO BE INTERESTED IN:
Intolerance of Criminal Record Results in Workplace Dismissal
Lavan Alert: If the contract says it should quack like a duck, it is a duck
Dismissal for refusing to provide vaccination status
Migration Update For Employers: Australia's Borders Finally Reopening
View all Employment, Safety & Education Updates